The work was highly prized for its exquisite needlework and great detail and was used for  Archbishop’s Copes and to embellish diplomatic gifts.

Unfortunately many of the skills were lost as a result of the plagues which swept Europe at that time. 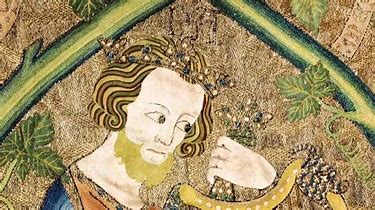 Alison Larkin will talk about Opus Anglicanum and show pieces of her own work in the style of English Work.